In my November 25 (2016) blog entry I wrote about the fake canvas texture of my oil paper pad and asked anyone who had found a smooth oil paper pad to let me know. A few weeks later a very kind lady wrote me an email saying she bought her pads in Germany without the texture. Another few weeks later she even brought it along to my studio. Lots of kind people in the world. 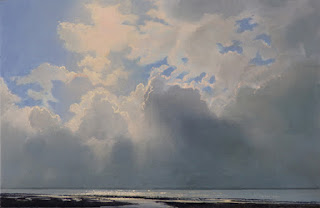 Last week I made a number of oil sketches for a possible commission, one that was a bit outside the normal range. The client wanted a large painting, with nothing but a big, dark sky over the ocean. Most of my commisioners ask for sunny beaches, so this one triggered my imagination and I made not one but three sketches. On the new pad. 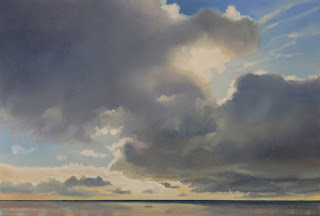 I like it so much better than the fake canvas paper. It's a lot more like painting on panel. Only possible downside is that you cannot remove a layer like you can on a wood panel. But hey, you can't have everything.  I did get the commission though. 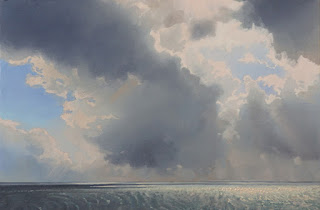 For those of you interested in the new pad, here's a picture. 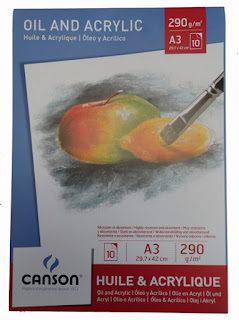